This weekend I went to the school play, “Hair” with my friend Eli. The reason that we wen’t was because both of our teachers offered extra credit for attending and writing some things down about what you saw. I am very glad that we went to the play because I really needed the extra credit if I wanted to keep my grades the way they were. The play proved to be somewhat entertaining in my opinion, because by older sister’s best friend was performing as a major character. 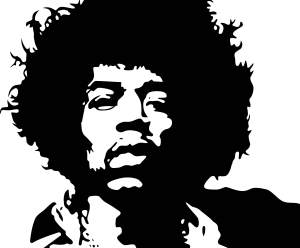 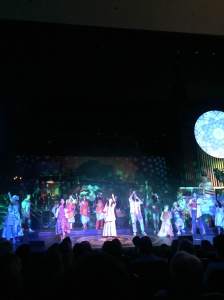 The first thing Eli and I found as a dominant thing in the theater was the amount of fog in the room, along with the crazy hippie lights that filled the room. The fog moving in the light is almost hypnotic when listening to the tribal love rock music. All of the acting and singing was very well done and was quite fast paced and fun. The emotion of the characters was dramatic and showed the practice and effort that all of the performer had put in to the play. 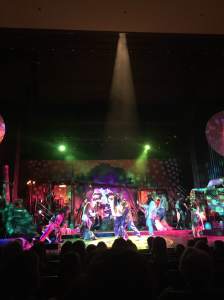 Aside from the amazing singing and stage set, the story of the play was pretty interesting if you could keep up. it was basically about a bunch of hippies fighting against the war and everything else that hippies don’t like. At the end of the play I felt like I actually got to know each and every one of the characters, and it was weird seeing what all of the performers looked like without all of their silly costumes and makeup. I feel more appreciative of theater now that i’ve seem how much effort it takes to compose a play and perform it without making a single mistake, it is truly incredible! I am hoping to go to more plays and other events held by the theater group next year, they are a great time and sometimes even help out your grades.